A bit more than a week ago I had the chance of heading to England to visit family and friends. During that mini-holiday I took one day to go explore the city of London – on my own. I wanted to be away from big tourist attractions, like the London Eye or Madame Tussaud, and just stroll around to see where my feet would take me.

And guess what? No exact planning was the best plan.

I arrived in London around midday, after a guilt-free lazy morning, which still included a run along the Berkhamsted Canal. After a few Tube line changes, I headed to the Tate Modern; an art gallery that I always wanted to visit.

The work of great masters were obviously there showing off different art movements and styles.

With my personal all-time favourite being Surrealism.

Walking through the free display galleries, I also came across the work of Carrie Mae Weems , From Here I Saw What Happened and I Cried (1995-6).

It is a series of 33 toned prints which present a personal history of the African American experience. It encourages the audience to look at each African American face presented as an individual one, and not as an ethnographic or historical (servile) cliché, as often portrayed in the media and art. 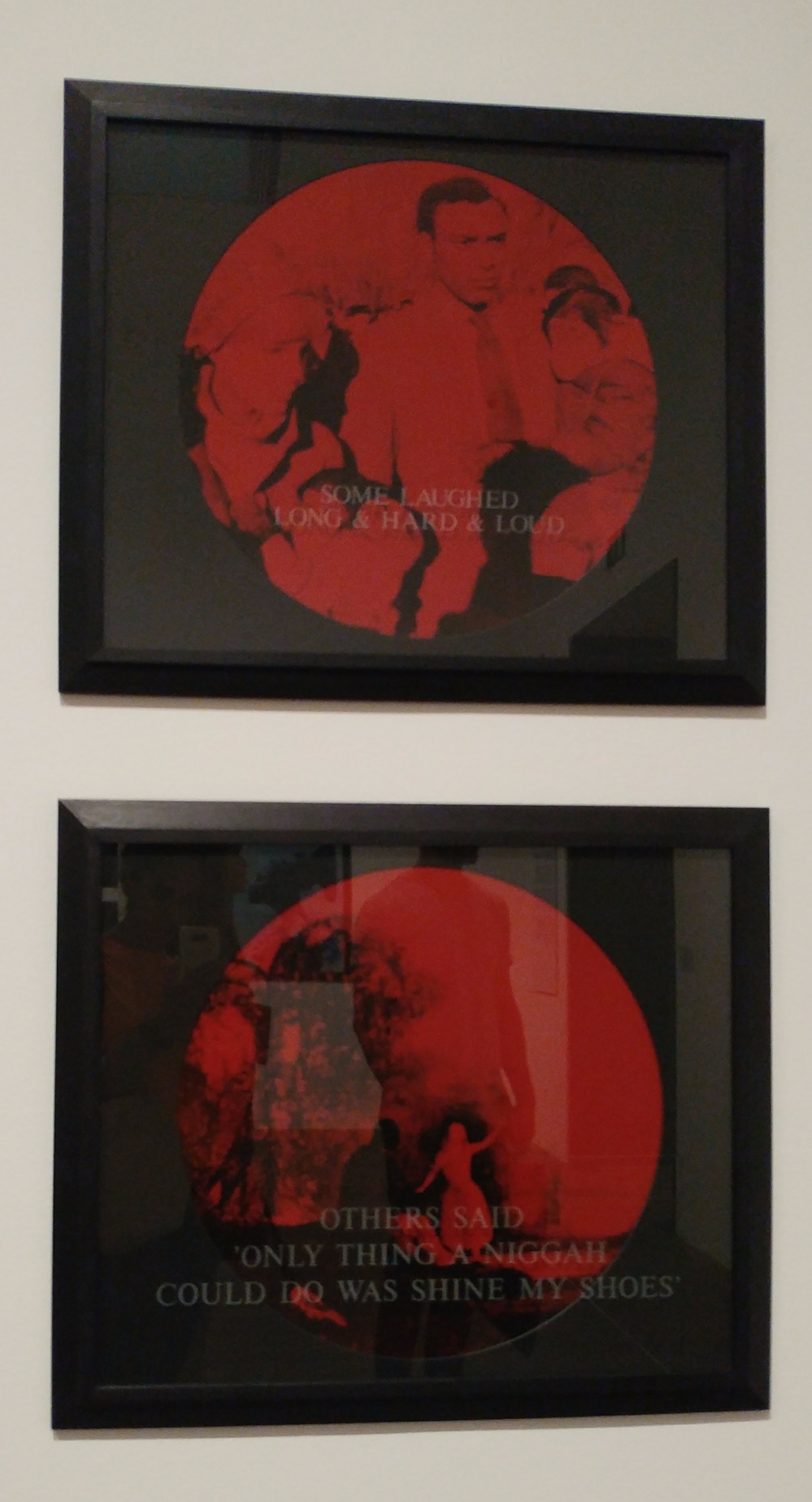 Weems juxtaposes the images of African Americans as cooks, servants, buffoons or even sexual objects with text which challenge stereotypes. This exhibition shows the complexity of the African American history, without offering a sugar-coated account.

What also adds to the storytelling and contextualisation of this exhibition is the fact that the sequence of photos starts and ends with the image of the wife of a Mangbetu chief. This brings all its meaning to the title of this piece as ‘her presence’ symbolically bears witness to this tragic history. 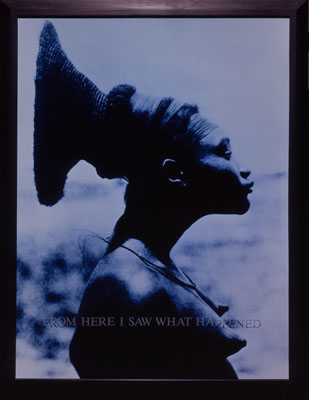 Carrie Mae Weems’ piece was really something that struck a chord with me, maybe because of my interest in post-colonial-everything.

This installation mixes realism and metaphor, mingling the ordinary with the uncanny, and human and animal forms to create a phantasmagorical experience. It tells a story in representing the engagement of Europe with South Africa, and more specifically Cape Town, which quickly became a fashionable tourist destination following the apartheid and the release of Nelson Mandela from prison.

This installation is made of 13 figures on a rectangle of red soil referencing the infertile soil found in Bushmaland, an arid area once occupied by the indigenous KhoiSan.

The use of the green walls and chandeliers alludes to the British Officers’ Mess in the fortress of the Castle of Good Hope.

While this piece does not seem to make a specific political statement, it reflects an ambiguous, and maybe confusing, state of affairs, while hinting to themes of colonial legacy, migration, labour, trade, conflict but also faith.

Following this very enriching visit to the Tate, my feet led me across the Millennium Bridge to St. Paul’s Cathedral, and to the Underground station for a chilled trip to Tottenham Court Road for an afternoon snack a few streets away.

Since it was so warm in London, I decided to make the most of the long summer’s day by heading on foot to China Town. A warm pork bun from a China Town bakery, and a quick trip at the cheap-and-cheerful Primark put an end to this eclectic afternoon in London, which, once again, did not disappoint.